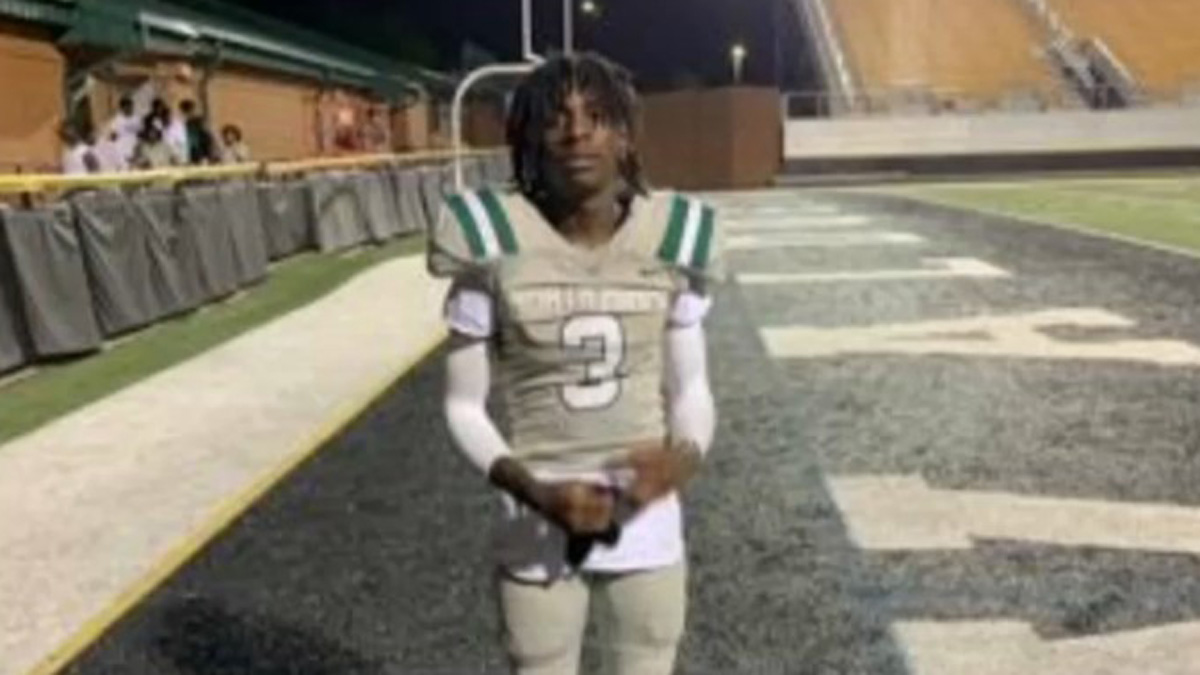 The 15-year-old arrested in the shooting death of a North Miami High School football star made his first appearance in court Thursday, where a judge ordered him held in juvenile detention for 21 days.

The teen is facing charges including manslaughter, possession of a firearm by a minor and improper exhibition of a firearm in the Tuesday afternoon shooting that took the life of 17-year-old Mekhi Stevenson.

NBC 6 isn’t naming the teen suspect since he’s a minor. In court Thursday, a judge addressed his parents while ruling that he’d stay in detention.

“I recognize the age of your son however these are very serious charges. They are concerning as they do involve a firearm and very serious charges,” the judge said. “So with the defense standing mute today and the score provided by the state, it is appropriate for your son to remain in secure detention as I do have grave concerns for his safety and the safety of the community.”

NBC 6’s Amanda Plasencia has more on what those who knew the teenager are saying.

Stevenson, a junior quarterback at North Miami High, was shot inside his own home in northeast Miami-Dade.

Miami-Dade Police said Stevenson, his younger brother and four friends were in a room in the home when one of the friends, the 15-year-old, pulled out a gun.

The teen was told to put the gun away but he pointed it at Stevenson and it discharged, hitting Stevenson in the torso, police said. Stevenson died at the scene.

The 15-year-old was expected to be back in court on Dec. 20, where it could be decided whether or not he will be charged as an adult.

Meanwhile, family members and friends came together for a candlelight vigil for Stevenson Wednesday night.

Loved ones held a small candlelight vigil for a high school football player who was killed in a shooting. NBC 6’s Kim Wynne reports

“He was a great kid. He was always smiling. Always joking and always laughing,” mother Sonya Stevenson said. “I want him to be remembered for the bright, free-spirited kid that he was. Confident, humble, respectful.”