It was a friendship that blossomed into a romance. Muhammad Ali and his second wife, Khalilah, were married for nearly a decade and were known as the Barack and Michelle Obama of the 60s and 70s.

In an exclusive interview with NBC 6, Khalilah shared secrets of their romance, Ali’s infidelity and her influence on his career. Khalilah, who is originally from Chicago, now lives in South Florida. She is currently writing a book about her life with the boxing champion.

She says she met Ali when she was 10 years old at her hometown mosque. Even though Ali’s confidence and charm wooed the nation, Khalilah was not easily impressed.

“He said, ‘Listen here little girl. This is my name. Imma be famous. You need to keep that ’cause it’s gone be worth a lot of money,'” Khalilah said, mimicking Ali. She said she grabbed the boxing champ’s autograph with disgust because it was not a Muslim name. At the time, he was still known as Cassius Clay. 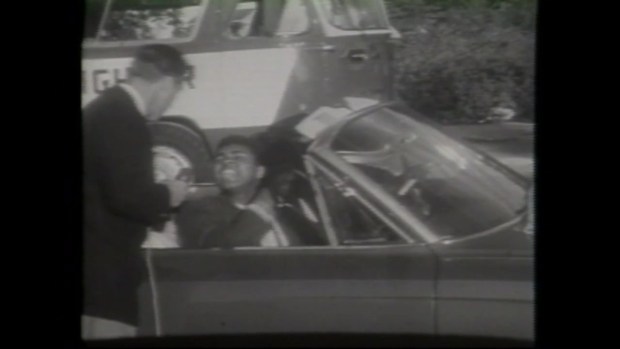 “You’ll never be famous with that name. And, I walked away,” Khalilah explained.

Khalilah says that was the beginning of their friendship, which flourished during her teenage years. At 13 years old, she wrote a poem for Ali ahead of his fight against Sonny Liston in Miami Beach. She says she later heard Ali reciting her words on the airwaves.

“He gets on TV and says my poem and I’m going, ‘What? He really did it?’ I was just playing with the guy,” Khalilah said.

Khalilah says that poem is famously known as “I am the Greatest.” When they got married she was 17 years old and says she was the inspiration behind some of the champ’s iconic quotes.

Khalilah said her phrase was used to promote Ali’s fight against Joe Frazier in the Philippines.

“I said, ‘You gone always steal my stuff?’ I would never understand why he would mimic me,” Khalilah said.

But, during their marriage, Khalilah says she saw another side of Ali.

“Muhammad didn’t hide anything. He’d say, ‘She’s pregnant.’ There’s a lot of women. They got pregnant by him and he had to come to me. He said, ‘What we gonna do?'” Khalilah said. “I had to just take off the wife face and put on the friend face.”

“I had to find women locked in my closets in my house,” Khalilah said. She said she went through this ordeal after they already had children. Her role in the marriage eventually changed as Ali continued to dominate the ring.

“He had girlfriends, they had babies by him. I even brought them all to Africa,” Khalilah recalled. “I had a briefcase with passports of everybody. I ran the whole show.”

Ahead of Ali’s 1974 fight against George Foreman in Zaire later known as Democratic Republic of Congo, Khalilah took charge of the situation because she viewed it as a holy war.

“This is between us and Allah, Muslim fighting a Christian,” Khalilah explained. “All this girl thing I had to just put that to the side because this is more important, bigger than that petty crap. I had to treat him like a child and say look, this is my fight. We’re winning this fight!”

Ali did win that fight. But, Khalilah says later his affair with the woman who eventually became his third wife was the last straw.

“I actually shared her with him by me being married just to show him that stuff like that don’t work. It hurt me but I had to prove it to him,” Khalilah said.

The couple divorced in 1977 after having four children together. Despite their breakup, Khalilah says it’s hard to forget the beautiful moments they shared.

Khalilah says she and Ali remained friends until he died in 2016. Her book detailing her life with Ali is set to be published sometime in 2020.