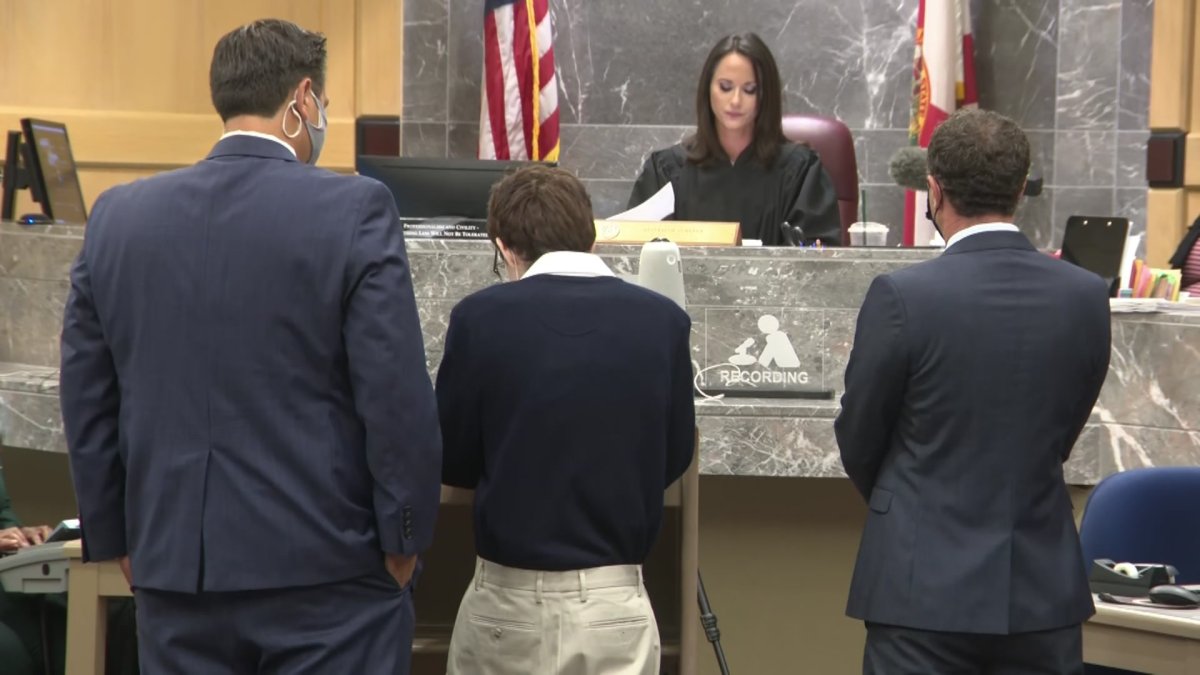 A jury for Parkland school shooter Nikolas Cruz’s penalty trial was finally sworn in Wednesday, completing a nearly three-month selection process that ended with two last-minute changes to the panel made by his attorneys.

The defense wound up using all 10 of its peremptory challenges, eliminating candidates for any reason other than race or gender, while the prosecution used four. On Wednesday, the defense used its final strikes to eliminate a retired insurance company executive and a banking executive who had been tentatively on the panel when court adjourned Tuesday.

Circuit Judge Elizabeth Scherer shot down the defense’s attempt to use a peremptory to eliminate a Black man who said during jury selection he did not believe in the existence of “white privilege” — the argument that white people get certain societal advantages because of their race. Scherer agreed with the prosecution’s argument that the defense’s reasoning showed racial bias.

Twenty people have been selected so far to sit in judgment of the Parkland school shooter, but the composition of the final 12 main jurors will not be known until Wednesday.

The seven men and five women who were chosen will return to court July 18 for opening statements along with the 10 alternates who were also chosen. Cruz, 23, pleaded guilty in October to murdering 17 people at Parkland’s Marjory Stoneman Douglas High School on Feb. 14, 2018, meaning the expected four-month trial will only decide if he receives a penalty of death or life in prison without parole. If one juror opposes death, the former Stoneman Douglas student will receive a life sentence.

During Wednesday’s court session, Scherer questioned Cruz about his understanding of the proceedings that began with jury selection April 4.

“Mr. Cruz, have you had the opportunity to participate in the jury selection process with your attorneys?” Scherer asked.

“OK, you don’t know that we’re in jury selection?” the judge asked.

“I thought we were done,” Cruz answered.

“Right, but the jury selection process, when the people come in and tell us their names and where they work and so on and so forth, you were here for that, correct?” Scherer clarified.

“So, you did participate, listening to what they said in the selection process?” the judge said.

“All right, that’s all I’m going to ask him,” Scherer said.

The panel will have a task never faced by a U.S. jury — no American mass shooter who killed at least 17 people has ever made it to trial. Nine others died during or immediately after their shooting attacks, killed either by police or themselves. The suspect in the 2019 slaying of 23 at a Walmart store in El Paso, Texas, is awaiting trial.

The 12 members of the main jury are:

1. A computer worker for a municipal government. He formerly worked in construction and owns a handgun. He said during jury selection he had no opinion on the case and only remembers the original headlines, but that “was not good data.”

2. A bank vice president. He is a former officer in the French military and does not own any guns.

3. A probation officer. He said he is a military veteran. He said he had no strong opinion on the death penalty, but realizes “some people are very passionate about it.” He was not asked about gun ownership.

4. A Walmart store stocking supervisor. He has a cousin who knew Cruz in high school. He said that he could be fair about the death penalty, but “either way it goes, this person should get whatever they have coming to them.” He was not asked about gun ownership.

5. Another computer technician for a municipal government. He owns a handgun and a rifle and said he once had an unpleasant experience with a police officer, but was not asked to elaborate.

6. An insurance claims adjuster for a major health care provider. She does not own any guns. She said she is not opposed to the death penalty, but voting for it “would be difficult.”

7. A librarian. She said both of her children had criminal charges about 12 years ago, but “they were stupid. They outgrew it.” She said that while she could vote for the death penalty, it “doesn’t seem to be stopping any murders.” She does not own a gun.

8. A human resources professional for a medical supplies company. She moved to Florida in 2019 and has a Ph.D. in business. She is a board member for a group that advocates for people with mental illness. She owns a handgun.

9. A legal assistant at a small law firm that mostly does personal injury cases. She previously worked for a prosecutors’ office in central Florida. She does not own a gun. She said the death penalty is appropriate in the most serious cases, but it shouldn’t be automatic. “We need to look at everything.”

10. A U.S. Customs officer. He served four years in the U.S. military. He did not specifically say if he owned any guns, but said in the military he qualified on a dozen different firearms.

11. A man who now works in his family’s export business after earning his degree in business with an emphasis in entertainment. He said he has forgotten a lot of details about the Stoneman Douglas shooting. He was not asked if he owns guns.

12. A woman who works as an investigator for a private firm. She said that if she were the ruler of an island, she would not have the death penalty but could vote for it. She was not asked if she owned any guns.