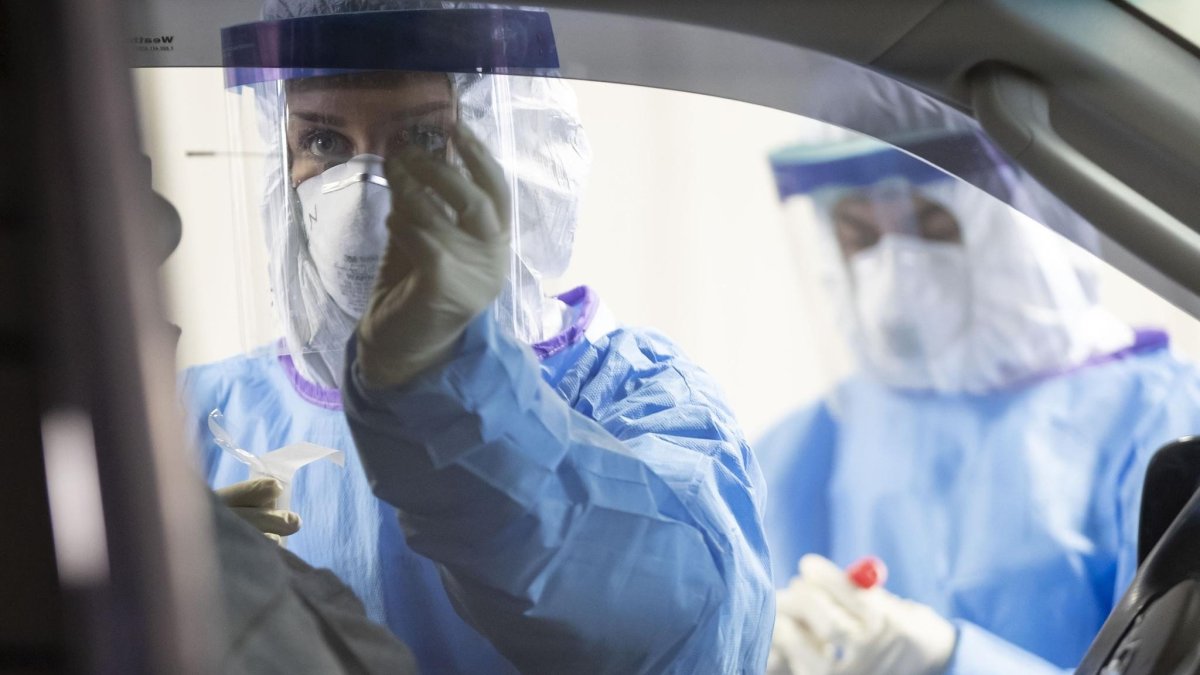 Whether you get your finger pricked, spit into a test tube or have a swab stuck into the back of your nasal cavity, you’re probably hoping to learn one thing: whether you’ve been exposed to the novel coronavirus.

“One is the RNA of the virus” she said of the molecular diagnostic, or PCR, test, of samples often gathered by swabs plunged into the nasal cavity.

It is the most precise of the three tests in finding whether the person is carrying the live virus. But, it can also return a positive test if it finds a dead virus, which can linger in the body weeks after the infection is no longer contagious.

The second kind of test, an antigen test, looks for proteins produced by the virus in such things as saliva. It is not as sensitive as the molecular test, but specifically looks for the virus’ proteins, so a positive result is usually truly positive.

But because protein levels can decrease over time in a person who’s been infected, an antigen test may not detect those smaller amounts, producing a false negative result.

The third kind of test, the antibody test, is often conducted by a finger prick to draw blood.

“It looks for a reaction by the host to having had the virus in their body and will produce different kind of antibodies depending on how long ago they were exposed,” Marty said.

The Centers for Disease Control and Prevention says antibody tests should not be the only test relied on to determine if one is infected with the virus that causes COVID-19. It can mistakenly attribute antibodies produced in reaction to other coronaviruses, such as the one causing the common cold, as being from the novel coronavirus.

“If you’re not symptomatic and just want to see if maybe I had it, you’re better off doing the antibody,” Gov. Ron DeSantis said at a new conference Tuesday. “That will tell you if you ever had it.”

Government guidance largely agrees with that assessment, but differs with this statement from the governor: “If you have the antibodies, you know, you do know that confers a certain level of protection and that’s a great thing to know.”

The National Institutes of Health recommends against using antibody tests as a sign of possible protection against getting the virus, saying, “It is currently unknown whether the presence of antibody confers protective immunity against future infection.”

For more information on testing, visit the CDC.