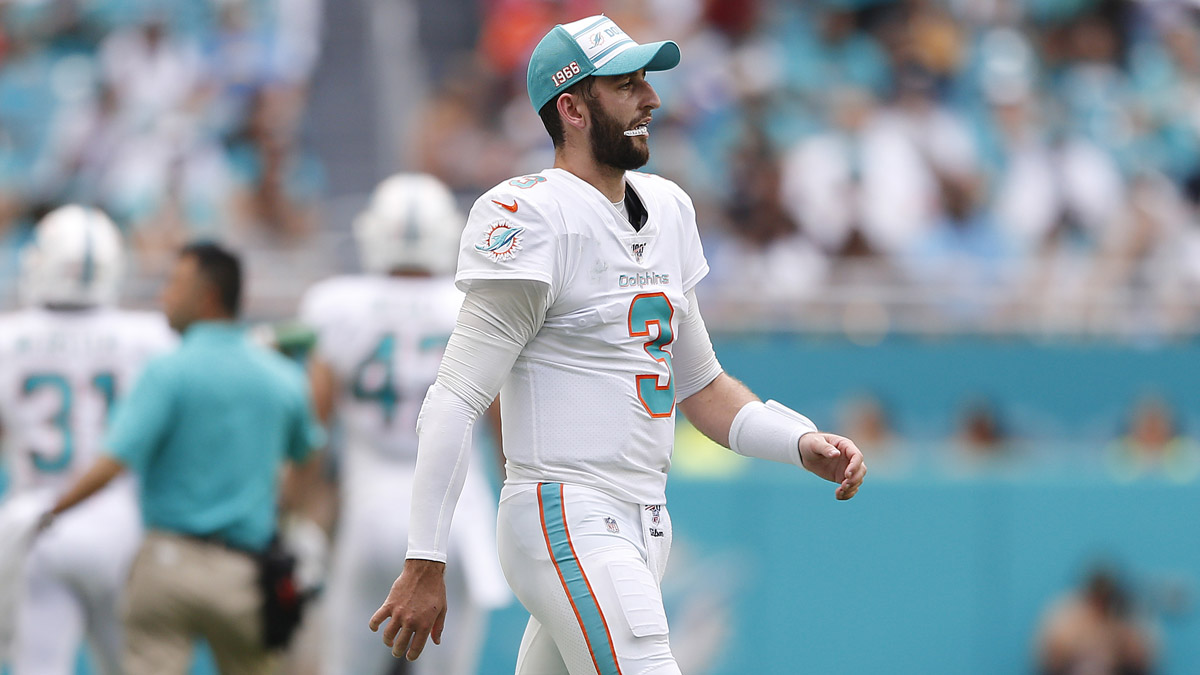 NFL cutdown day forced the Miami Dolphins to acknowledge the failure of their Josh Rosen experiment.

“This just didn’t work out, and we felt it was best to move on,” coach Brian Floressaid Saturday.

Miami released Rosen, who was acquired from Arizona in April 2019 for second- and fifth-round draft picks. He started three games last year, throwing five interceptions and one touchdown pass, and was the No. 3 quarterback behind Ryan Fitzpatrick and rookie Tua Tagovailoain training camp this summer.

Flores declined to say whether the Dolphins regretted trading for Rosen.

“The most important thing is to kind of move forward and not look back,” he said. “You don’t hit on every play, on every trade, on every draft pick. Show me a team that has hit on every one. I’ll applaud that team.”

The decision to cut Rosen signals the Dolphins are confident in the health of top draft pick Tagovailoa, who has returned from a career-threatening hip injury that ended his Alabama career in November.

But Flores spoke of Tagovailoa as an emergency option for now.

“If he had to go in, he would prepare himself and do the best he could,” Flores said. “He is showing improvement. If he had to go in and play, that’s how it would be. A rookie playing early on — we may have that at some other positions. If that were the case, that’s what it would be.”

The Dolphins’ starter in the season opener Sept. 13 at New England will be the 37-year-old Fitzpatrick, their most valuable player in 2019.

They might add a third quarterback during this weekend’s flurry of roster moves resulting from the roster cutdowns. Jake Rudock, who was on the practice squad last year and cut in July, worked out for the team Friday.

Rosen was the 10th overall pick by the Cardinals in 2018, and they parted with him after drafting Kyler Murray a year ago. Rosen began last season as Miami’s backup QB, replaced Fitzpatrick as the starter in Games 3 through 5, and spent the rest of the year in the No. 2 job.