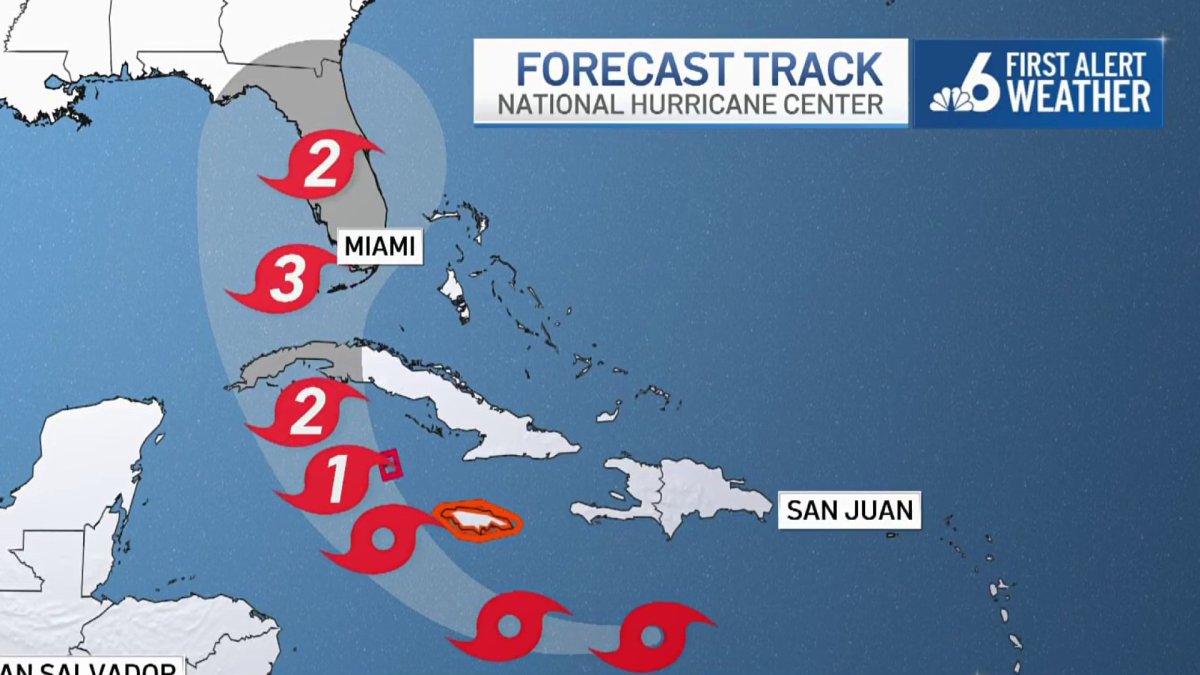 Virtually the entire state of Florida was on pins and needles watching the evolution of Tropical Storm Ian, which formed in the Caribbean on Friday. Social media interactions ebbed from relief to despair, and back, with each computer forecast model run.

On Wednesday, the consensus of the models took the center of what is expected to become powerful hurricane Ian far enough from South Florida to keep hurricane conditions well away from the area. On Thursday, the models trended back east, including the fabled European model, which had Ian striking Miami directly. By Friday, the models had bounced slightly back to the west.

These types of changes are likely to continue until future Ian consolidates into a stronger system, with a center that’s not subject to being pulled abruptly in one direction or another by bursts of thunderstorms. Perhaps more importantly, there will be fewer differences in model solutions the closer we get to next week. In other words, forecasting fewer days into the future means that there is less potential discrepancy in the multiple weather elements that the models consider.

That means that during this weekend, confidence in the Caribbean storm’s forecast track is going to increase. By Sunday, when Ian is near the Cayman Islands, we should have a much better idea of where the developing hurricane will most likely head to once it’s past Cuba.

Sunday is also the day that the National Weather Service will likely issue a Hurricane Watch for parts of Florida. Given the geography of the state, the Florida Keys will likely be the first ones to be placed under that alert.

While there has been quite a bit of teeth gnashing regarding the future track of the system, the intensity forecast is clear-cut. A deep layer of very warm water is waiting for the storm when it reaches the western Caribbean, and sea surface temperatures in that region are close to 87 degrees. Upper-level wind shear, which has been plaguing the depression from the onset, is forecast to rapidly decrease.

All the ingredients that hurricanes thrive on are expected to be in place for Ian to strengthen this weekend.

Some might be wondering why the name Ian is being used instead of Hermine, as most media outlets wrongly assumed would happen. The reason is that a system very close to the west coast of Africa developed quickly on Friday, becoming a named Atlantic tropical storm before Tropical Depression Nine could. Hermine will not threaten the Caribbean, the United States, or any populated area.

I’d be remiss if I didn’t mention Hurricane Fiona, which struck Nova Scotia and Newfoundland overnight Friday into Saturday while losing its tropical characteristics and transitioning into a massive superstorm. The storm was expected to pound the Canadian Maritimes with driving rains, huge waves, and 100-mile-per-hour winds.

Back in the Sunshine State, though, we were hoping to escape the same fate. Time will tell.