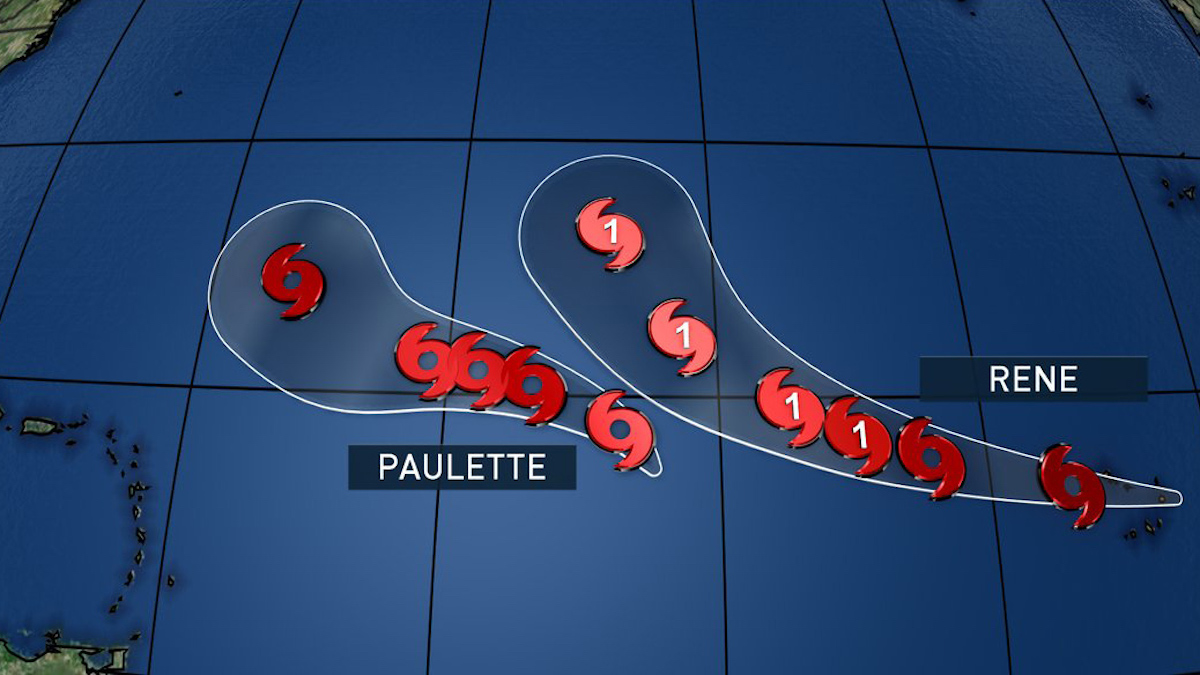 Tropical Storm Paulette and Rene formed over the Central Atlantic Monday while forecasters continued to monitor two other disturbances also expected to gain strength in the next several days, according to the latest projections from the National Hurricane Center.

Paulette was in the middle of the Atlantic Monday with maximum sustained winds of 40 mph (65 km/h). The storm is forecasted to continue moving west-northwest at 3 mph (6 km/h), according to a 5 p.m. update by the National Hurricane Center.

Tropical Storm Rene formed just behind Paulette with maximum sustained winds of 40 mph (65 km/h). The hurricane center is forecasting that the storm will continue moving west-northwest at 12 mph (19 km/h). A tropical storm warning has been issued for all of the Cabo Verde Islands, and tropical storm force winds are expected in the area throughout the day.