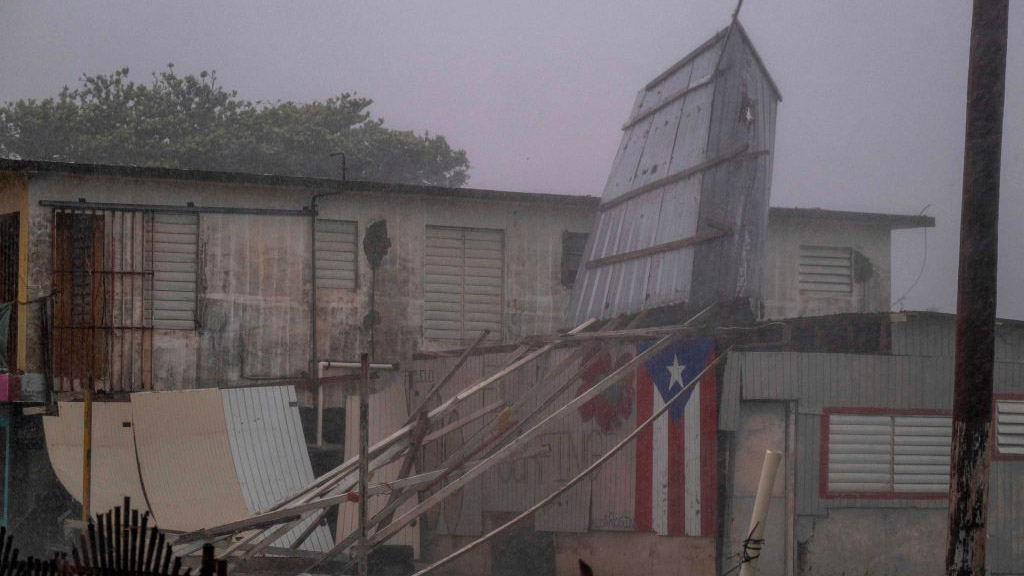 A Tropical Storm Watch has been issued for the Florida Keys, as Tropical Storm Laura continues to dump heavy rain on Puerto Rico Saturday afternoon, while Tropical Storm Marco continued to strengthen and is expected to become a hurricane.

Laura had maximum sustained winds of 50 mph and was moving west at 18 mph about 100 miles west of Ponce, Puerto Rico, according to the 5 p.m. update from the National Hurricane Center in Miami.

The storm is expected to leave up to 8 inches of rain as it passes along Puerto Rico throughout the day Saturday, potentially leading to life-threatening flash and urban flooding, mudslides and river flooding.

Laura will then make its way to Hispaniola throughout the afternoon and evening before reaching eastern Cuba by Sunday night. Officials in Cuba have issued a tropical storm watch for the provinces of Las Tunas, Holguin, Guantanamo, Santiago de Cuba and Granma.

A Tropical Storm Watch has been issued for the Florida Keys from Ocean Reef to Key West, and for the Dry Tortugas, including Florida Bay. Parts of the Keys could take a hit between Monday and Tuesday.

Monroe County issued a state of local emergency Friday and will open up the county’s Emergency Operations Center in advance of the storm’s potential track, officials said. A mandatory evacuation order has also issued for all liveaboard vessels, mobile homes, recreational vehicles, travel trailers, and campers.

Tropical storm warnings were in effect for the southeastern Bahamas and Turks and Caicos Islands, Puerto Rico, Viegues and Culebra, the Dominican Republic and the U.S. Virgin Islands.

A tropical storm watch was in effect for central Bahamas in addition to the Cuban provinces. Rainfall between one and eight inches was expected across the Caribbean.

Meanwhile, Tropical Storm Marco continued to strengthen quickly Saturday and had maximum sustained winds of 65 mph as it moved north-northwest at 13 mph about 50 miles west of the western part of Cuba.

Marco is expected to reach the northern Gulf Coast on Monday. The storm will then slow down and move northwest Monday night, across southern Louisiana and into eastern Texas.

A Hurricane Watch is in effect for Intracoastal City Louisiana to the Mississippi/Alabama border.

If both storms survive the weekend, the National Hurricane Center forecast that Laura would as head a hurricane toward the central Gulf Coast around Louisiana, Mississippi, Alabama and the western Florida Panhandle, while Marco aimed at Texas, though most likely remaining a tropical storm.

If both storms survive the weekend, the National Hurricane Center forecast that Laura would as head a hurricane toward the central Gulf Coast around Louisiana, Mississippi, Alabama and the western Florida Panhandle, while Marco aimed at Texas, though most likely remaining a tropical storm.

“A lot of people are going to be impacted by rainfall and storm surge in the Gulf of Mexico,” said Joel Cline, the tropical program coordinator for the National Weather Service. “Since you simply don’t know you really need to make precautions.”

Two hurricanes have never appeared in the Gulf of Mexico at the same time, according to records going back to at least 1900, said Colorado State University hurricane researcher Phil Klotzbach. The last time two tropical storms were in the Gulf together was in 1959, he said.

Because the hurricane center slowed Laura’s entrance into the Gulf and moved its track westward, the two storms are now forecast to be together in the Gulf on Tuesday, just before Marco smacks Texas with Laura making landfall a bit less than a day later.

If the two storms make it, they could be crowded in the Gulf of Mexico at the same time Tuesday about 550 miles apart. That would leave open some weird possibilities, including the storms rotating around each other in a tropical two-step, pulling in closer to each other, nudging each other, weakening each other or — far less likely — merging.