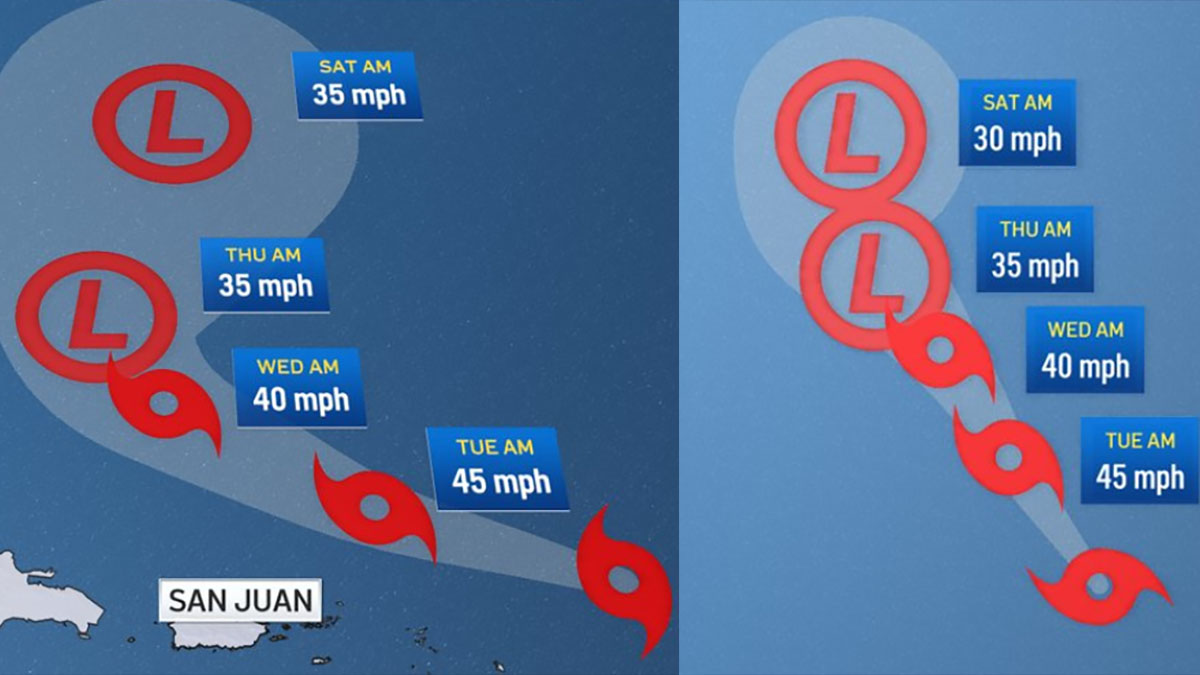 An already active 2021 hurricane season has produced two more named systems over the weekend, but neither is forecast pose a threat to South Florida or the United States.

The National Hurricane Center reports the latest advisory for Tropical Storm Peter has the system with winds of 50 miles per hour while sitting hundreds of miles east-northeast of the northern Leeward Islands.

Forecasts have Peter continuing its move to the west before making a turn to the north by mid-week and continuing away from land before losing strength.

Meanwhile, Tropical Storm Rose also formed over the weekend and now has winds of 40 m.p.h. while sitting hundreds of miles west of the southernmost Cabo Verde Islands. Rose is forecast to continue its move north and way from land before dying out this weekend.