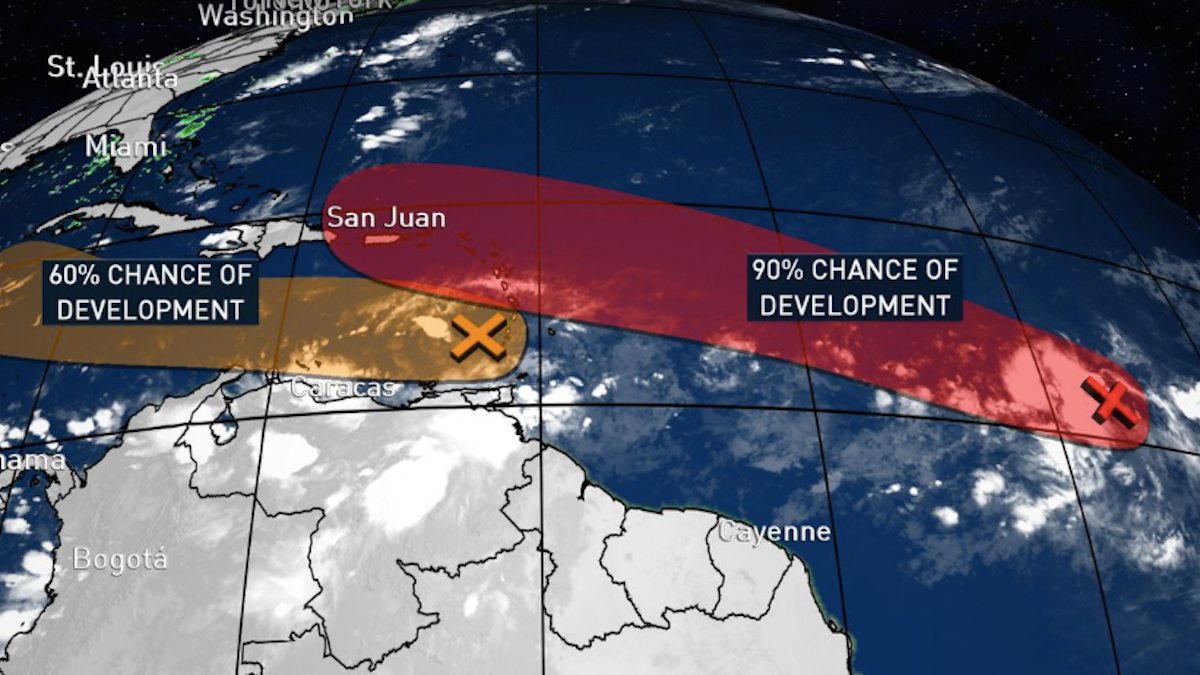 The
Atlantic hurricane season could be increasing in the number of named storms in
the coming days as two more areas are under surveillance in the
tropics.

One area is a tropical wave, moving rapidly west at 20 miles per hour in the vicinity of the Windward Islands as of Tuesday morning. Showers and thunderstorms are disorganized at the moment and significant development does not appear likely in the short term.

The wave is likely to see a slower forward speed late this week and we could be talking about a tropical depression forming by this coming weekend in the northwestern Caribbean Sea.

For now, this area has a 60% chance for development over the next five days.

Moving into the eastern tropical Atlantic, a broad area of low pressure east of the Lesser Antilles, is the other area to watch.

We will likely see further organization in the short term. In fact, we could see a tropical depression within the next couple of days.

This wave is moving to the west-northwest at 15 to 20 miles per hour and may bring impacts to the northern Leeward Islands as early as late this week. We are seeing some data suggesting that the strongest winds may be north of many populated areas in the northern Caribbean, but it’s too early to know for sure.

The next two names on the 2020 hurricane season list are “Laura” and “Marco.”