When his six-year marriage dissolved in August 2014, the accused Trump National Doral shooter Jonathan Oddi claimed to have a net worth of negative $1,800.

He was making $2,000 a month as a self-employed fitness trainer, he swore in a financial affidavit filed in Miami-Dade Circuit Court, and his debts outpaced his assets.

But less than a month after his divorce from attorney Tonia Troutwine, he launched a buying spree of distressed properties: $765,000 for five properties over a two-month period, according to Miami-Dade County property records.

And records show none of the properties was purchased with a mortgage, suggesting they were cash purchases.

Police Give Update After Shooting at Trump Doral 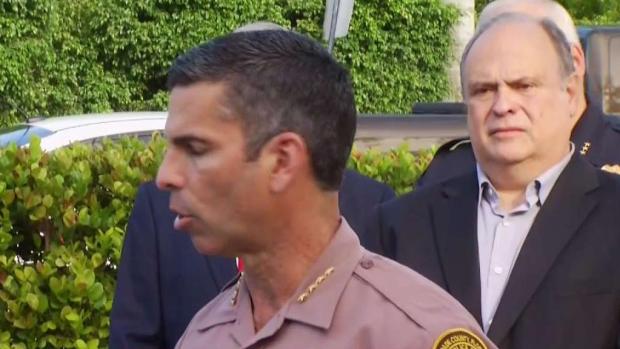 So where did a fitness trainer who was worse than flat-broke in August 2014 acquire enough cash in September 2014 to start buying properties that were headed for foreclosure?

A lawyer for Oddi and his ex-wife would not comment beyond reacting to Oddi allegedly drawing police into the lobby of the Trump Doral resort with gunfire, only to be shot himself by one or more of five responding officers.

They are “looking into all possibilities” and “into everything that prompted this event and what occurred during this event,” said attorney Rae Shearn.

Property records reveal Oddi and his now inactive real estate firm, Oddi Investments LLC, do not currently own any property in Miami-Dade.

But beginning on September 5, 2014 and ending on October 30, 2014, he bought five properties that were otherwise headed for foreclosure.

They range from three Homestead condos, sold for as little as $57,000, to a Bayshore Drive condo in Miami, for which he paid $455,000 and where he apparently lived for some of the next two years.