“President [Trump] and I spoke yesterday and confirmed that he did not approve, nor would approve, sending immigrants who illegally cross the border, to Florida,” DeSantis wrote. “It is not going to happen.”

The federal government has run out of space to process the thousands of immigrants who have been arriving at the border, forcing them to fly migrants to Border Patrol facilities in other locations that have room. 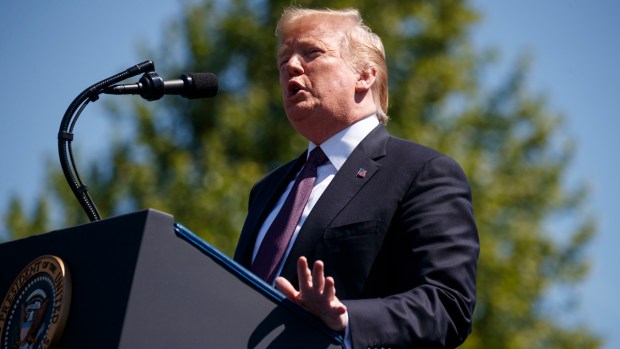 On Friday, DeSantis said the state “cannot accommodate” the influx of immigrants.

“We cannot accommodate in Florida just dumping unlawful migrants into our state. I think it will tax our resources, the schools, the health care, law enforcement, state agencies,” DeSantis said.

Trump has previously threatened to relocate migrants into so-called sanctuary cities – places where law enforcement does not honor federal requests to hold arrested people who are in the country illegally until they can be picked up by Immigrations and Customs Enforcement.