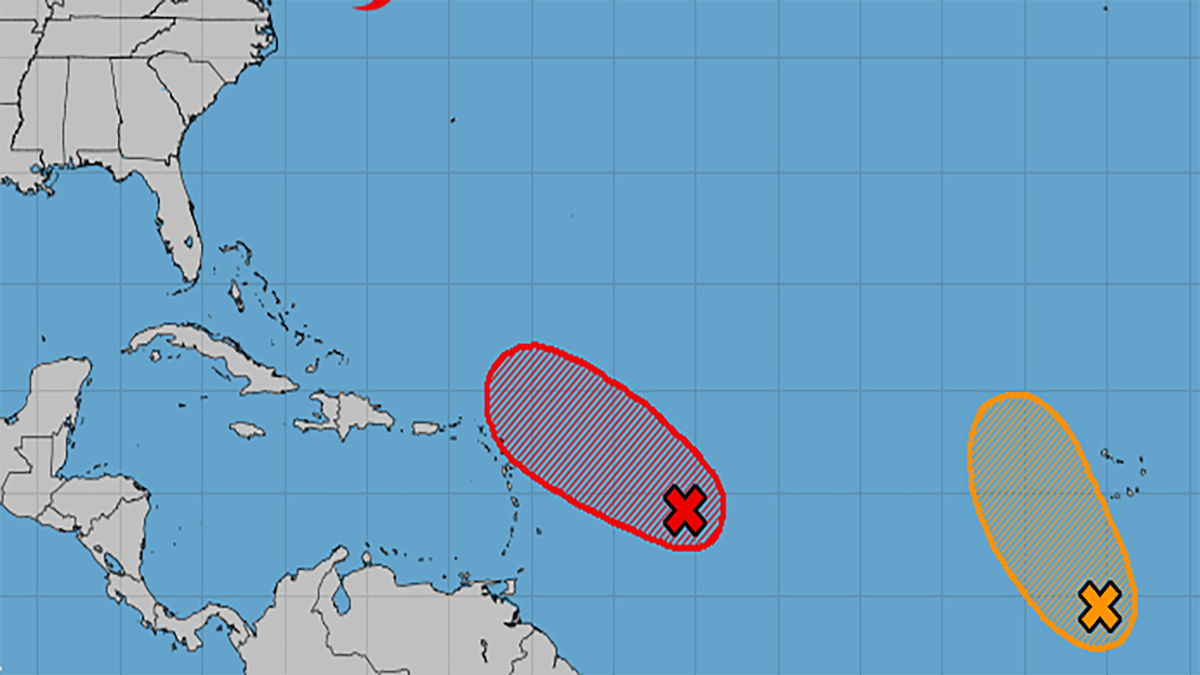 While Tropical Storm Odette moves off the coast of the northeast United States, two more potential named systems could form in the coming days.

The National Hurricane Center reports a low-pressure system is producing showers and thunderstorms and appears to be more organized. A 90 percent chance of development is forecast over the next 48 hours as it moves west across the Atlantic Ocean.

A second area just off the coast of Africa is expected to emerge by the end of the week and could develop as it moves to the west-northwest and later to the north in the Atlantic. A 40 percent chance of formation is forecast by the NHC.

Neither of the potential systems are expected to impact South Florida or the United States at this time, but forecasters are monitoring them for any potential changes.

If any of the potential systems are named, they will be named Peter and Rose while becoming the 16th and 17th named systems of the season.