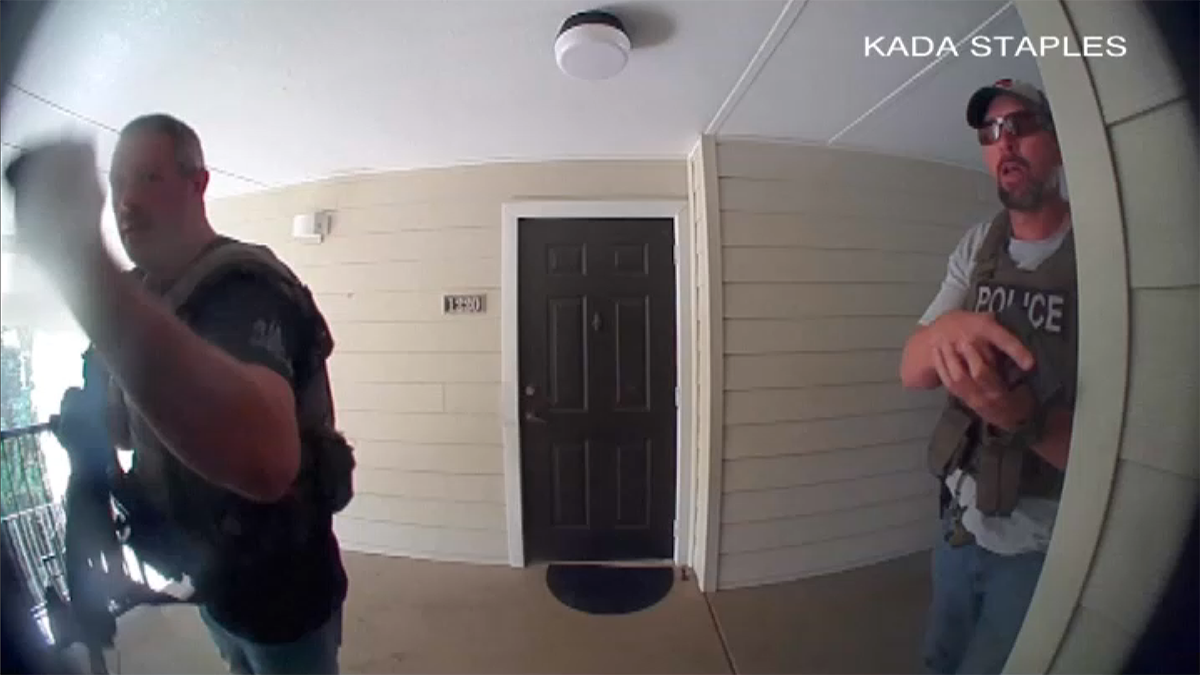 A Florida woman said she feared for her life when U.S. Marshals entered her home while she was holding her infant daughter – only later to realize they were at the wrong home.

Kada Staples told NBC affiliate WFLA-TV she looked at her Ring App and saw armed men outside her Bradenton apartment who ordered her to come out, saying “we know he’s in there” looking for who she believed was a murder suspect.

“I cracked the door open and they pushed the door open and pushed me and my baby out of the way. They are holding us at gunpoint, screaming, there is a gun about a foot away from her face, ” Staples said as she described holding her three-month-old baby.

Staples added she was the only one inside her apartment and had been napping when the Marshals entered.

“With that, they run in my apartment. There’s probably 6 or 7 of them out there with guns. 3 or 4 of them run into my apartment and are running around. They are still yelling at me that I’m lying,” said Staples.

Soon, the Marshals realized they made a mistake.

“One of the guys in the hallway is like, wait, this is apartment and then said my apartment number and then kind of repeated it again and then they ran out and said, that’s the wrong apartment,” said Staples.

The Marshals left but didn’t apologize for their actions according to Staples. The young mother said she called the Marshals Service about the mistake and was told they could provide a mental health counselor, adding a man on the phone told her to take melatonin and “get over it.”

The station called and emailed the U.S. Marshals Service, but have not received a response.