The ghost of Fyre Festival is in Miami. A tree caught fire; shuttles shut down; and festivalgoers walked for miles to leave Ultra Music Festival. Two days left.

Ahead of the second day of partying, Ultra organizers are holding a press conference to address the “logistical problems” that occurred after the Saturday festival ended early Sunday.

On Twitter, #FyreFestival2 has been one of the most popular hashtags in South Florida – mostly posts complaining about the transportation meltdown and sarcastic remarks by people who were not surprised about what occurred.

Fyre Festival is notorious as a failed event heavily promoted on social media that promised upscale accommodations, gourmet food and distinguished headliners at an exclusive location in the Bahamas.

It didn’t quite happen like that in the Bahamas.

In Miami, however, the large-scale problems were limited to the first day’s end. Seemingly endless posts on social media criticize the Ultra festival organizers for not preparing adequately for the tens of thousands of people who flooded Virginia Key.

There’s only one way in or out of Virginia Key by land: the Rickenbacker Causeway – unless you bought a three-day ferry pass costing of $150 to travel by sea.

Thousands of people attempted to leave on the designated shuttles at the same time – waiting hours. Other thousands of people wanted to walk the three miles across the bridge to reach taxi/ridesharing pick-up points on the other side. According to numerous accounts of the events on social media and in local reports, shuttles shut down due to mass confusion and disarray. 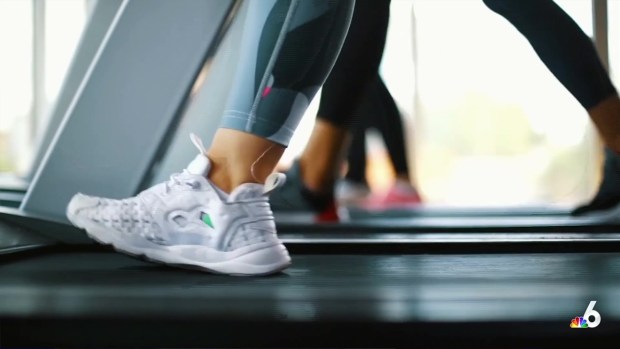 One Twitter user wrote that arriving at the festival was easy. Leaving was “TERRIBLE.” People were “banging on the buses begging to just let people in.”

“We probably watched 20 buses pass us with absolutely no one in them,” the Twitter user wrote. “It was straight chaos.”

Officials anticipated tens of thousands of people to join the party scheduled from Friday to Sunday featuring high-profile artists such as Marshmello, David Guetta, deadmau5 and Afrojack. Officials have not yet released estimates on how many people attended but some 60,000 were estimated on day one.

The festival welcomed millions over the years to downtown Miami’s Bayfront Park until commissioners voted against a contract to retain the festival at that location – opting to relocate it to Virginia Key, instead.

Also, though it’s not clear how it occurred, a tree caught on fire.