Three South Florida college students are facing prostitution charges after they were arrested in an undercover sting at a Coral Gables hotel, authorities said.

NBC 6 was the only news station there as Charlotin covered her face as she bonded out of jail Thursday. The 19-year-old didn’t say anything to our cameras as she got into a car and drove away.

An undercover Coral Gables police detective negotiated with Noun to have sex with Friedman and Charlotin in exchange for $5,000 for each, an arrest report said. Noun wanted more money for unprotected sex, according to an arrest report. Friedman and Charlotin met the detective at the Colonnade Hotel on Aragon Avenue in Coral Gables, where they were arrested, the reports said.

College Student Charged With Prostitution Bonds Out of Jail 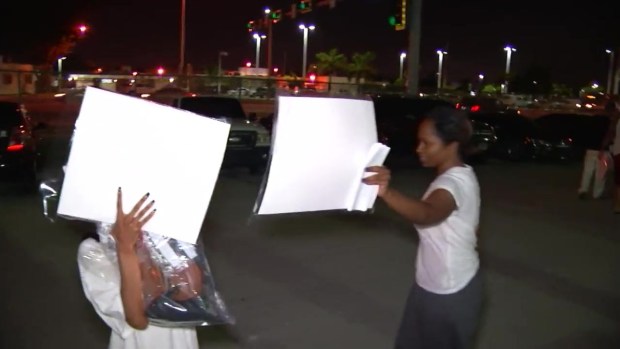 Charlotin was charged with engaging in prostitution, cannabis possession and possession of Oxycodone. She was released from jail Thursday night on $9,000 bail after appearing in court, where she was appointed a public defender.

During the court appearance, Charlotin told Judge Mindy Glazer she’s majoring in biology and minoring in criminal justice at FIU. 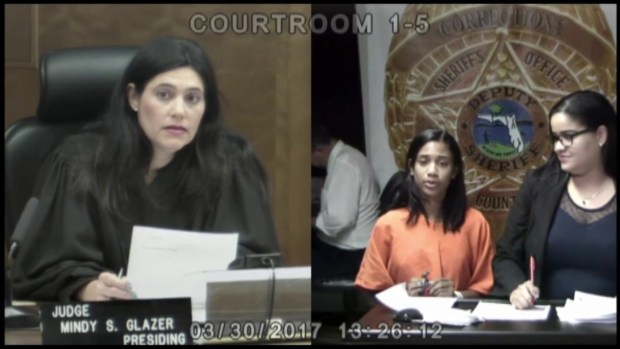 “You’re a smart girl, if you want to live to see age 20, you need to find a new line of employment,” Judge Glazer said. “A very risky thing you were doing, for somebody with a lot of potential such as yourself.”