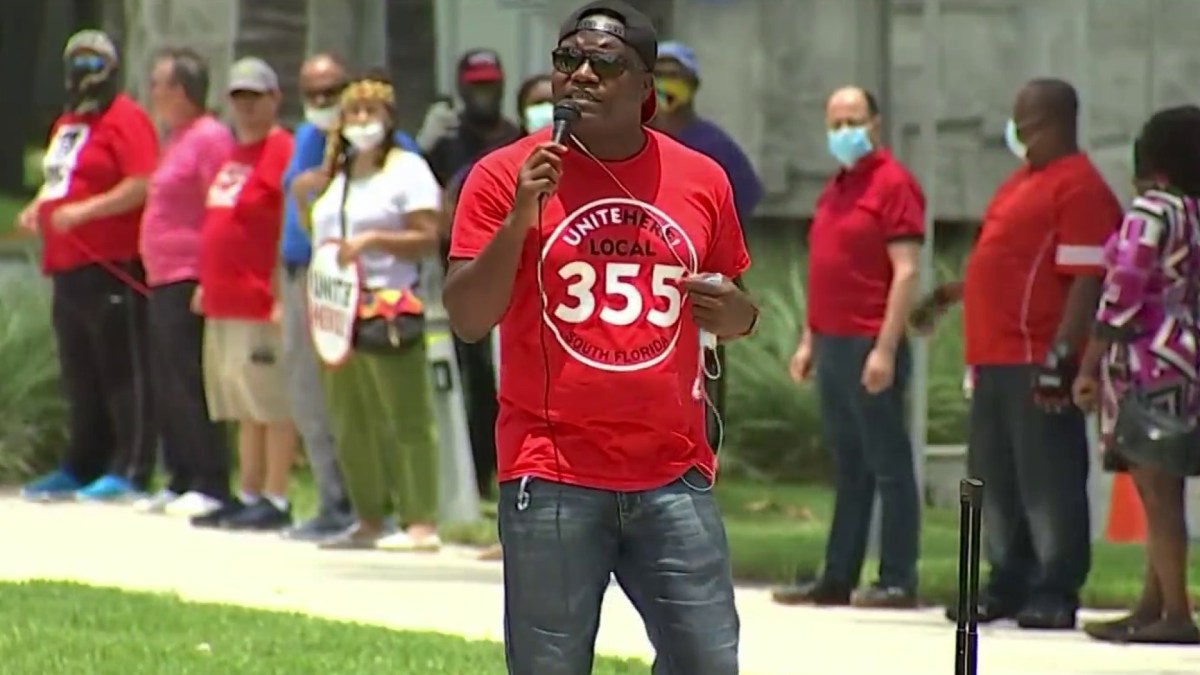 A group of unemployed people staged a “die-in” protest at Miami Beach demanding Governor Ron Desantis to help them get their unemployment checks or pay their bills.

The protest started as a caravan from the Overtown area to Miami Beach.

Many of the people say they have not received any state or federal unemployment benefits yet.

“We have a lot of bills we need to pay, like electric bill, rent, we have the car payment, insurance,” Analia Rodriguez said.

She says she was laid off from her job at the Fort Lauderdale Airport.

“He needs to do something, pay our bills, send us the checks, do something, we can’t live without a pay check. It’s been more than 2 months and we are struggling,” Rodriguez said.

Wendi Walsh with UNITE HERE Local 355 says a recent poll of their workers shows over 70% have not received any unemployment aid.

The latest numbers from the Department of Economic Opportunity show 95% of eligible claimants have started receiving benefits.

The data shows 485,996 claimants were deemed ineligible and only 120,028 of those qualified for federal unemployment benefits.

When it comes to the PUA benefits, the DEO data shows 75,217 claimants have started receiving that benefit.

The PEUC benefit, which extends the number of weeks a person can receive unemployment benefits, is just now in a “testing phase” according to a DEO spokesperson.