Scott Israel, suspended on Friday from his post as Broward County’s sheriff, said the move by Florida’s new governor was politically motivated.

Israel began his comments by expressing his condolences to those families who lost loved ones during the Parkland school shooting. Seventeen lives were taken by a lone gunman on Feb. 14, 2018, in Marjory Stoneman Douglas High School.

In response to the suspension by Gov. Ron DeSantis, who was inaugurated Tuesday to replace now-U.S. Sen. Rick Scott, Israel said that DeSantis was fulfilling a campaign promise.

DeSantis said the massacre may never have happened if BSO was under “better leadership.” 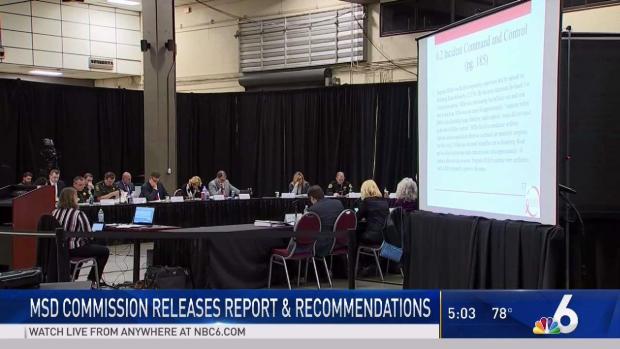 Israel said he would “vigorously” oppose the “unjustified” suspension in Florida’s court and the Senate.

“Let me be clear. I wholeheartedly reject the statements from the governor’s executive order as lacking both legal merit and of valid factual basis. There was no wrongdoing on my part,” Israel said during a press conference.

“This was about politics  – not about Parkland,” Israel said.

Israel suggested DeSantis and now the Broward County Sheriff’s Office are under the influence of the National Rifle Association.

Israel was largely supported in Broward County – particularly for his gun control advocacy.

The tides turned against Israel’s favor when details emerged after the Parkland school shooting.

In February, Israel confronted NRA spokesperson Dana Loesch during a CNN town hall related to the gun debate after Parkland – one of the deadliest mass shootings in U.S. history.

However, Israel the following day announced that Scot Peterson, the BSO school resource officer assigned to Marjory Stoneman Douglas, was “absolutely on campus” but “never went in” to confront the gunman during the onslaught.

The NRA then set Israel on its sights.

“No Sheriff Israel you were the one that didn’t PROTECT these children and that is your job. You run the largest fully accredited sheriff’s office in the United States, yet your office failed this community,” the NRA wrote on Twitter.

The NRA’s response generated a social media wave catapulted with a hashtag: #ResignSheriffIsrael.

In December, a commission that was investigating the Parkland shooting heavily criticized BSO’s active shooter policy under Israel – stating it contributed to the failure of deputies from confronting the gunman.

The policy stated that deputies “may” confront active shooters instead of “shall” confront. The commission said it gave deputies an excuse for not entering the building as the massacre occurred.