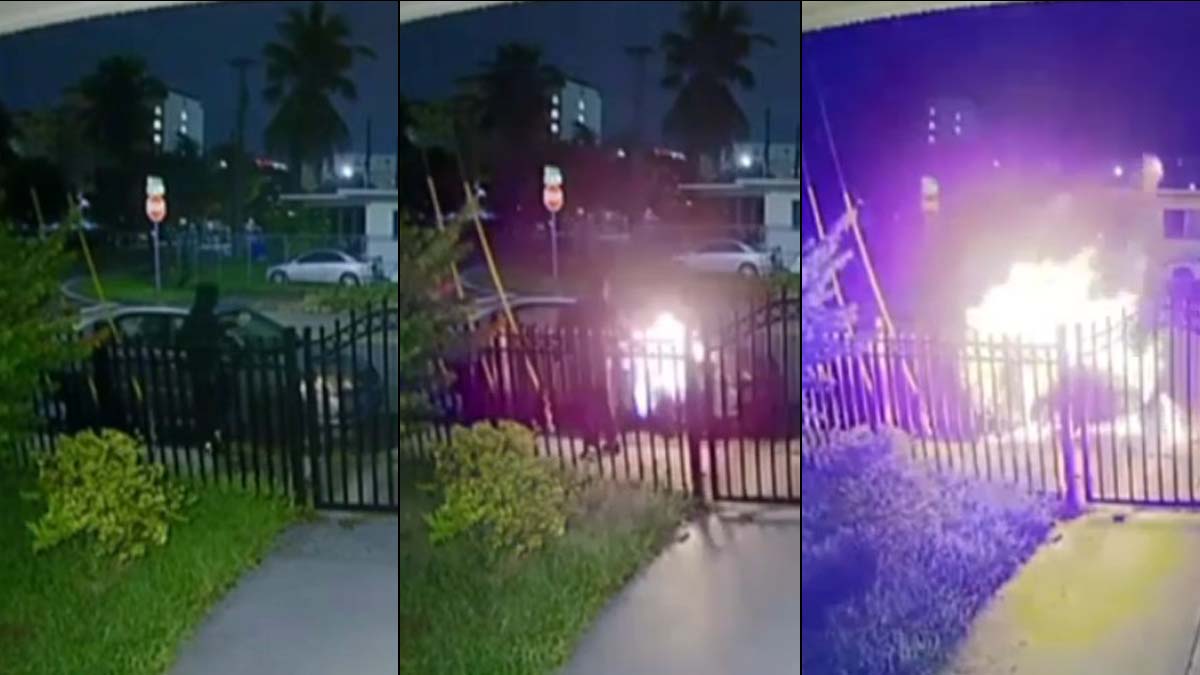 Police are investigating after an arsonist was caught on camera setting a car on fire outside a Miami man’s home.

The incident happened around 2:30 a.m. Sunday in the area of Northwest 28th Avenue and Northwest 17th Street in Miami’s Little Havana neighborhood.

The video showed the suspect in dark clothing apparently pouring a liquid on the 2003 Toyota Corolla before lighting it on fire.

The Toyota’s owner, Silvio Cuadra, said he was sleeping at the time and received a call from his neighbor that his car was in flames.

“It’s an act of terrorism,” Cuadra said in Spanish. “Horrible.”

The retired 61-year-old said he used to park the car in front of his home but it had been damaged last February in a hit-and-run crash, so he thought parking it on a quieter street around the corner would be safer.

He said he gets along with everyone and has no idea who would have set the car on fire.

The car was damaged so badly that Cuadra said he couldn’t salvage any parts. He’s hoping police catch the person responsible.