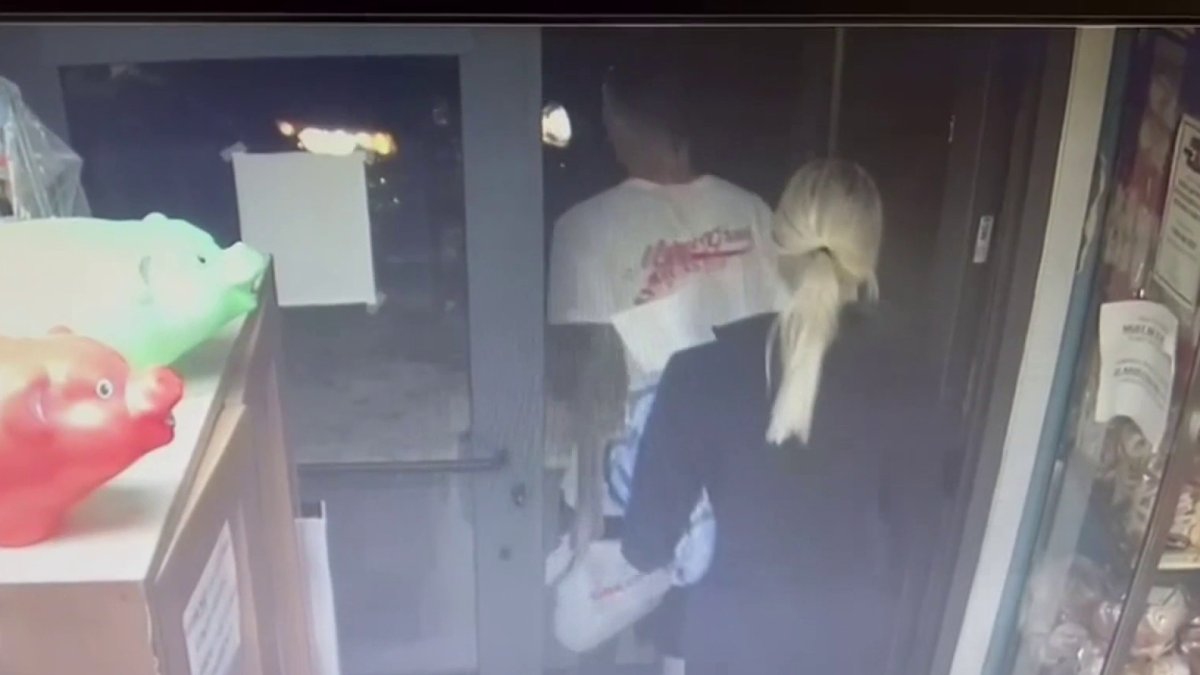 A heart-stopping video out of Davie last week shows a car jumping the curb and crash into two people leaving a store.

In the surveillance video, a man and a woman open the door and walk out of the America Latina Market, when suddenly, they’re staring into bright headlights and were violently hit by a car.

The driver then backs up and one of the victims stands up, seemingly confused. Seconds later, the driver gets out of the car, with her hand on her head — also confused, concerned, and looks like she’s in disbelief.

The accident happens in one second, without any notice. Thankfully, the couple made it out OK.

The store owner says the victims had minor injuries but were taken to the hospital and that the driver was given a ticket.

It’s unclear what caused the crash. One possibility is that the driver thought she was going in reverse when she pummeled forward into the couple.