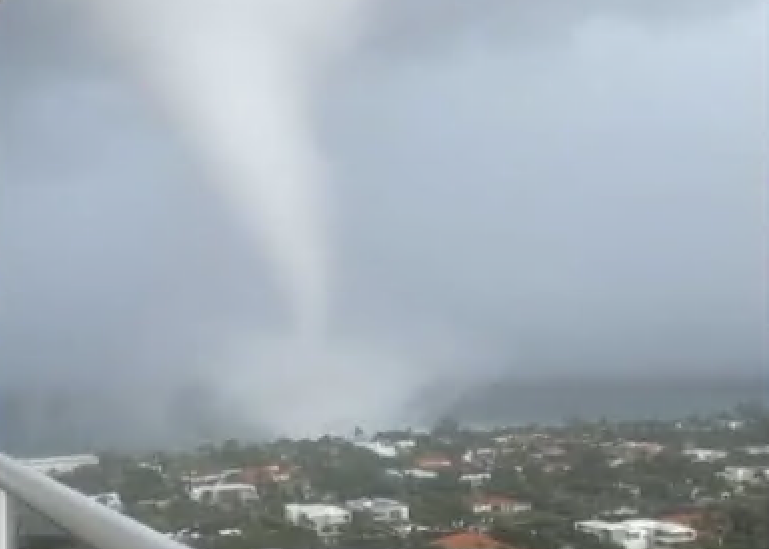 A powerful waterspout that became a tornado was seen in the area of Golden Beach near Aventura Wednesday afternoon, forecasters said.

The National Weather Service reported the waterspout at around 1:09 p.m.

Officials said the waterspout was produced by a thunderstorm before it moved briefly onshore as a tornado.

It quickly dissipated, and no injuries were reported.

NBC 6 viewers captured video of the large waterspout, and footage of the aftermath showed uprooted trees and other damage believed to have been caused by it.