Jennifer Graves hunkered down in her Florida Keys home as Hurricane Irma made landfall on its path of destruction north of the Caribbean.

Just moments later, her basement was underwater. She thought it was the end.

“The waters started rising up to the spiral staircase from the basement,” Graves said. “It got to about 3 feet and that’s when I really started freaking out.”

Graves had never waited out a hurricane before Irma. She decided not to evacuate her home in Key Colony near Marathon. 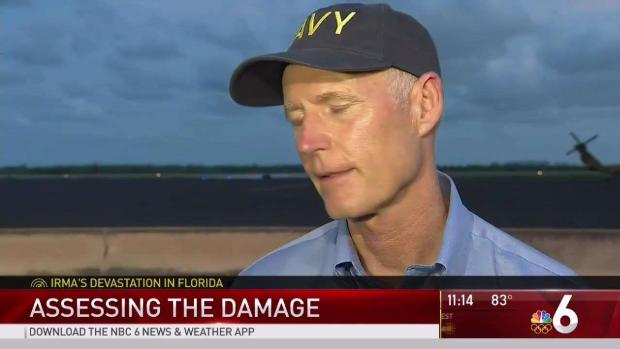 “I wasn’t expecting any of that,” she said. “I thought we’d get some wind and maybe some rain.”

Irma’s powerful storm surge and winds moved houses and ripped the roofs off several businesses along Highway 1. Graves’ neighborhood is now in shambles. She recalls seeing burned out cars and houses on fire.

“I thought we were going to die,” she said. “I was in fear for my life. It was the scariest thing I’ve ever experienced and I would never do it again. It was absolutely terrifying.”

On Thursday, more gas stations opened in parts of the Keys and more lights came back on, but locals were still not allowed to drive to the hardest-hit areas.

Officials aren’t sure when residents of the middle and lower Florida Keys will be allowed back. First workers need to scramble to get power back and water running.

Palm Beach County Fire Rescue spokesman Jeremy Hurd, who was in the Keys helping out, said on Wednesday officials want to make sure infrastructure is in place before they let island dwellers return. 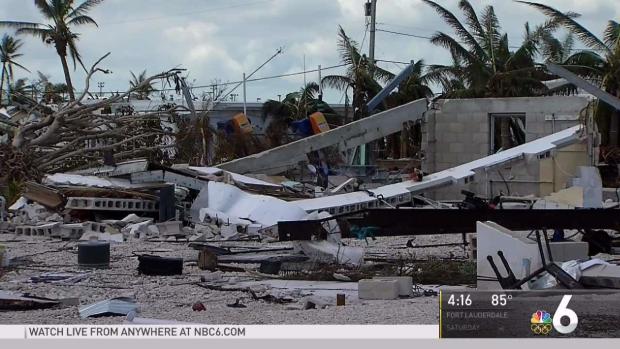 Hurd said more than 300 power poles were down, and officials were concerned that fires could be started as they try to restore power. Gasoline supplies were still a problem the further one goes toward the lower Keys, where many gas stations were damaged and not working.

The Coast Guard has delivered water and hundreds of pounds of food, blankets and hygiene items to the Marathon airport as aid workers struggle to fill the gap.

“Our cutter crews have been working around the clock,” said Capt. Jason Ryan, Chief of Enforcement for the Coast Guard’s Seventh District.

The Associated Press contributed to this report.