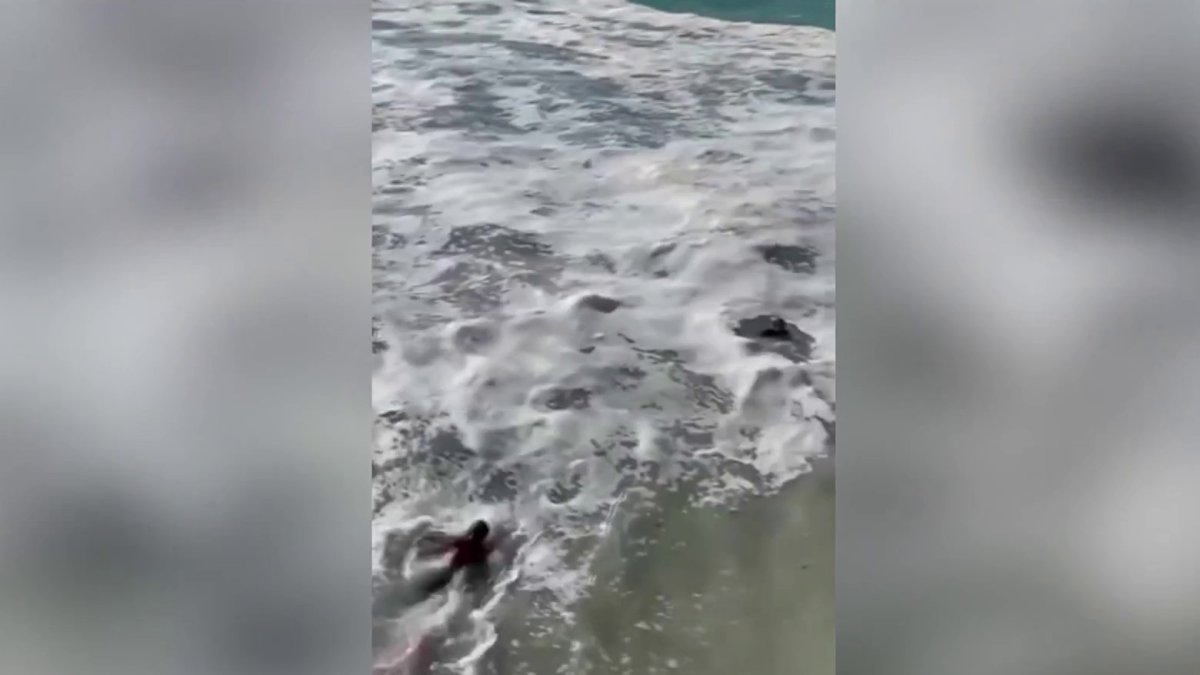 Several people were rescued Friday after a giant wave knocked them down and swept them into the water at South Pointe Park in Miami Beach.

City officials said it happened at around 10:45 a.m. near the pier.

Cellphone video shows the moment when that surge of water hit. Several people who were hanging near the sidewalk are seen getting knocked down by the powerful wave and swept down into the water.

Another video shows first responders jumping into the water to save them.

Six people were taken to the hospital with minor injuries, officials said.

The park was closed until further notice.

Officials also warned of a high surf advisory in effect until 8 p.m. and urged the public to stay out of the water for their own safety.