Palm trees bent in half, water rushed along what were normally avenues and sand scattered everywhere. As Hurricane Irma roared into South Florida, Telemundo and NBC 6 reporters were out in the storm, covering the latest conditions on the ground. Watch their reports here: 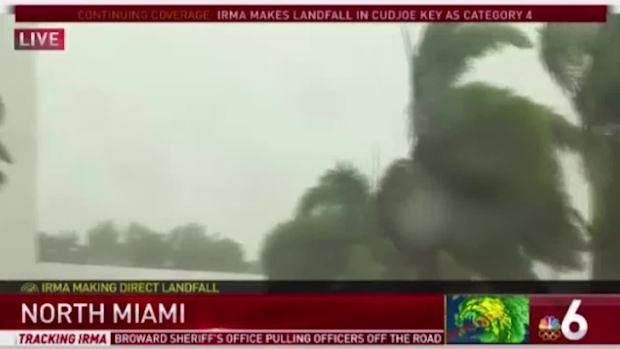 In North Miami, winds gusted at 20 knots and more as NBC6’s Willard Shepard demonstrated when he stepped from behind the shelter of a wall into the storm.

The North Miami Police Department was relying on an emergency generator for power; it was among more than a two million customers in Florida without electricity as Hurricane Irma made landfall.

Palm trees were starting to come down, fences were being blown open, Shepard said.

“The wind is picking up on a steady level out there,” he said.

“The bay doesn’t look like a bay anymore,” he said. “I don’t know, the Atlantic Ocean on a bad day.”

Water rushed along as he waded through the water.

“The wind is really picking up now,” he said. “Listen to it.” 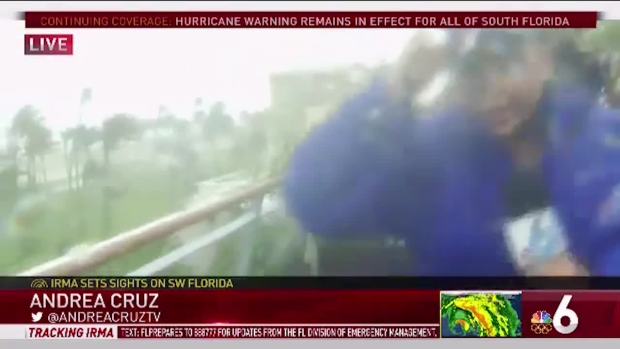 In Miami Beach, sand was everywhere. On a hotel roof on Ocean Drive, powerful waves churned past the beach and palm trees swayed.

“This sand is just blasting all over the place right now,” said NBC 6’s Andrea Cruz. 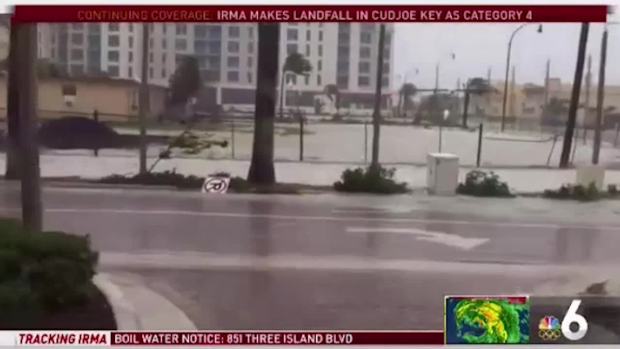 Wind was gusting up to 80 miles an hour in Hollywood Beach and debris was falling.

“I believe that water is the ocean,” NBC 6 reporter Melissa Adan said. “I’m convinced that water you’re seeing is the Atlantic Ocean.” 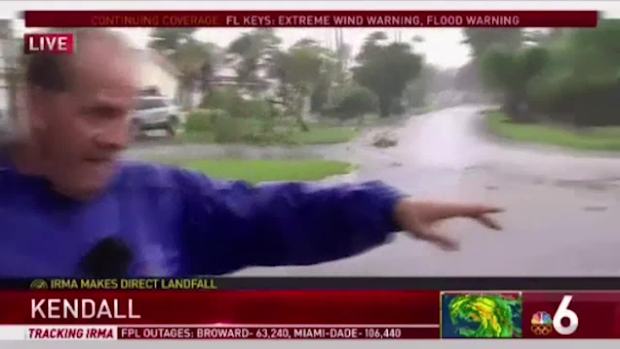 NBC 6’s Steve Litz was standing among downed trees in South Miami, alongside a swollen Snapper Creek Canal and near a tin shed has lost its roof. 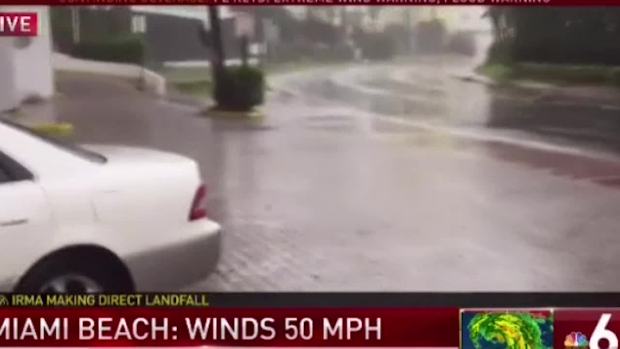 In Miami Beach, the wind was bouncing off the buildings, said NBC 6’s Tony Pipitone.

“It is really picking up,” he said.

The drains were near capacity, he said. 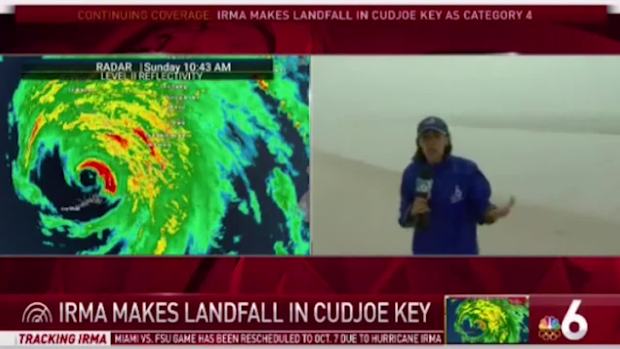 In Naples, Erika Glover talked to homeowners who weren’t expecting to be hit as hard as they were by Irma. The last hurricanes to affect the area were Donna in 1960 and Charley in 2004.

“Everyone is just hoping for the best out here,” she said.