Mexican soap opera star Pablo Lyle was back in a Miami-Dade courtroom Thursday as his attorneys attempt to use Florida’s so-called “Stand Your Ground” law to get a manslaughter charge against the actor dismissed.

Lyle is accused of hitting 63-year-old Juan Hernandez during an alleged road rage incident earlier this year in Miami. Hernandez died days later in the hospital.

If convicted, Lyle could face up to 15 years in prison.

Defense attorney Philip Reizenstein said his client was trying to protect his family when Hernandez assaulted them. He berated prosecutors for filing charges without interviewing Lyle’s wife and brother-in-law, who were in the car.

Pablo Lyle to Get ‘Stand Your Ground’ Hearing 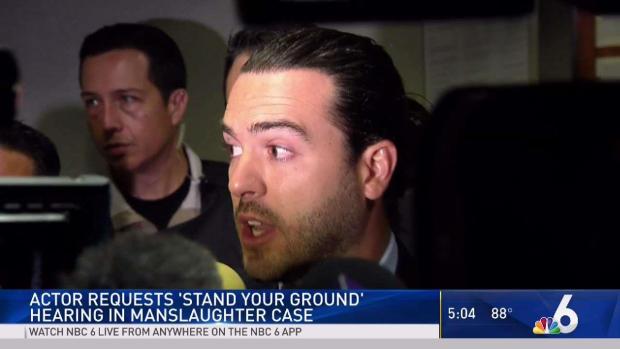 According to Lyle’s account detailed in the arrest affidavit, Lyle and his brother-in-law said they feared for their safety after Hernandez got out of his car at a stoplight on March 31 to protest Lyle’s brother-in-law cutting him off in traffic. Authorities have not released the name of his brother-in-law.

The affidavit says Hernandez walked up to the driver’s side window, pounded on it with an open hand and the driver, Lyle’s brother-in-law, got out and said “Don’t bang on my window.”

The actor traveled back to Mexico after his first arrest on battery charges but then returned to Miami, because he was summoned to court after the death of Hernandez. 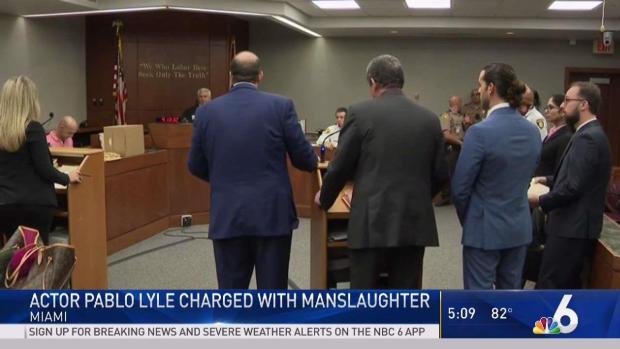 Lyle starred in the soap opera “Mi Adorable Maldición,” Spanish for “My Lovely Curse.” He was a rising star in Mexico, appearing earlier this year in a movie that was successful in the country’s box office.

He was set to start filming his second film the week he was arrested but was fired from the movie project after his legal troubles.