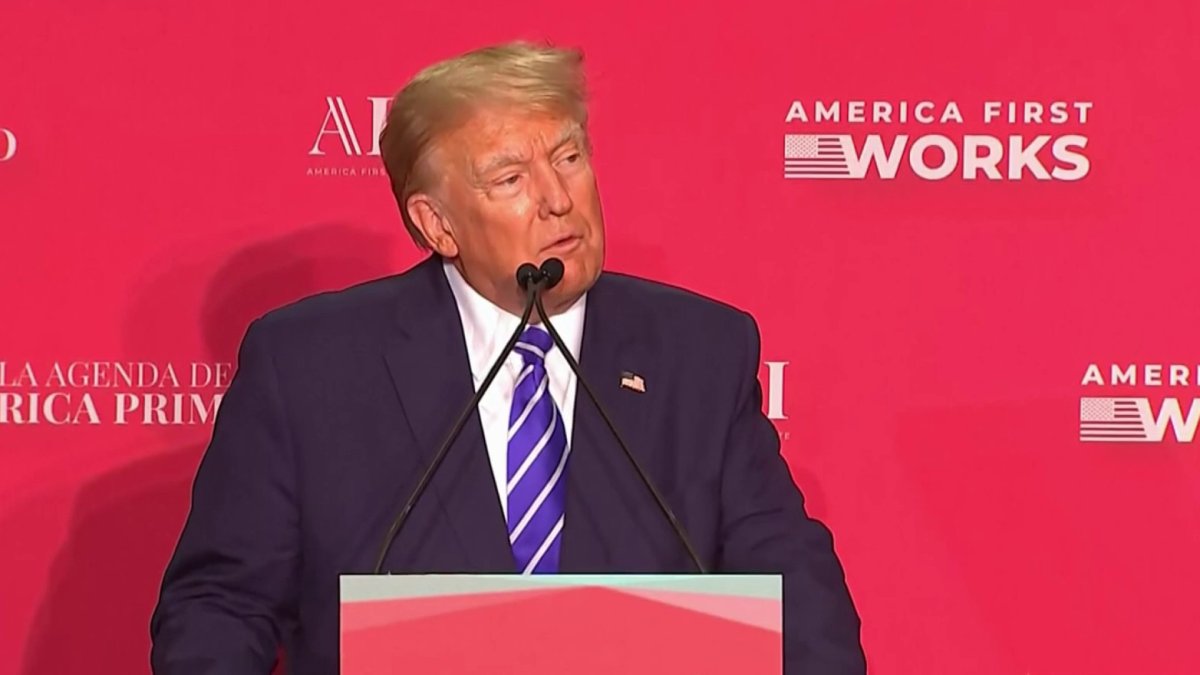 Former President Donald Trump was in Miami Wednesday, where he made the keynote address at the Hispanic Leadership Conference.

Trump, who spoke at the InterContinental Hotel in downtown Miami, extended his condolences to the victims of Hurricane Ian, and then addressed the legal fight over the classified documents seized during an FBI search of his Mar-a-Lago estate.

“Let me begin today by expressing my boundless sympathy and love for everyone affected by the horrific devastation of the recent monster hurricane,” he said. “Our hearts ache for everyone whose home was damaged or destroyed.”

Trump then shifted his focus to the Mar-a-Lago investigation, lashing out at the DOJ.

“They raided and broke into my home. Everyone knows we’ve done nothing wrong,” he said. “They are targeting me because they want to silence me, silence you and silence our amazing ‘Make America Great Again’ movement. There’s never been a movement like this in the history of our country. Not even close.”

Trump’s appearance also comes one day after his legal team asked the Supreme Court justices to overturn a lower court ruling and allow the arbiter, called a special master, to review the roughly 100 documents with classification markings that were taken in the Aug. 8 search of Mar-a-Lago.