With immigration raids scheduled to begin this weekend, ICE agents have been seen across South Florida with footage from our sister station, Telemundo 51, showing them entering properties in Collier County, Fla.

The Immigration and Customs Enforcement agents left early Friday from the ICE office in Miramar. These raids were scheduled to begin Sunday.

At least 2,000 families are expected to be targeted by ICE agents in the upcoming raids. Individuals who were not initially targeted by ICE may also be subject to deportations during the raids. The Miami area is part of the 10 cities that ICE agents and the Trump administration have set to enter.

Raids are expected to occur across the country this weekend, after President Trump delayed his initial plans for an attempted compromise between the administration and Congress.

Agents from ICE Arrive in SW Florida Ahead of Raids 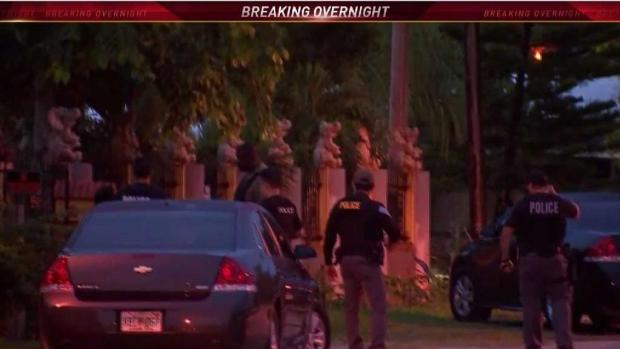 Advocacy groups, like the Florida Immigrant Coalition, have released details to help individuals that may be approached by agents during the raids.

Here’s what to keep in mind if you are approached by ICE, according to the Florida Immigrant Coalition:

– Don’t open your door: If an ICE agent knocks on your door, ask for a signed warrant with your correct name and address. If the warrant is not provided or is inaccurate, you have the right to refuse their entry and you may contact an attorney.

– Don’t sign anything you don’t understand: You have the right to call an attorney and wait for them to continue any action.

– Be Prepared: Make a plan for you and your family on what you will do if someone is approached by agents or is missing.

– Keep your attorney’s information with you at all time: Have a notarized power of attorney ready, detailing who you authorize to take care for your children in case you are detained.

ICE raids are expected to continue for several days, and the Florida Immigration Coalition hotline can be contacted with questions and information regarding these raids at 1-888-600-5762.