Police are investigating after the body of a woman was discovered on the beach in Hollywood Wednesday, not far from where a man’s body was also found.

The discovery of the woman’s body was made around 2:30 a.m. on the sand in the area between Fillmore Street and the Hollywood Boardwalk, just north of the Margaritaville Hotel, Hollywood Police said.

While investigating the woman’s death, detectives discovered the body of a man in the 300 block of New York Street.

Police haven’t released the identity of the woman but said she is in her 40s. The man’s identity also wasn’t released. 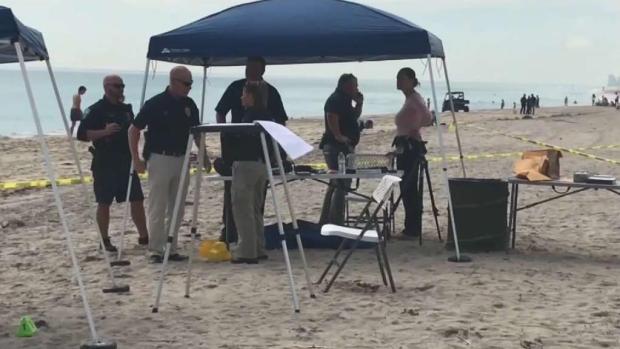 The man and woman knew each other, and detectives believe their deaths aren’t random.

Officials haven’t said how the man or woman died, only calling it suspicious.